Article Library > The Fundamentals of Proximity Sensors: Their Selection and Use in Industrial Automation

The Fundamentals of Proximity Sensors: Their Selection and Use in Industrial Automation

Many industrial automation (IA) applications require the ability to sense the presence and/or the position of an object or person without making physical contact to avoid constraining or limiting the movement of the object being sensed. The proximity sensor is ideally suited to this role. But proximity sensors come in many varieties, including magnetic, capacitive, inductive, and optical, and the material composition of the object being detected may affect the ability of a sensor to detect its presence.

This article discusses several types of sensors and provides details on the types of objects they can sense and the spatial sensitivity of each device type. Sample devices from Texas Instruments, Red Lion Controls, Littelfuse Inc., Omron Electronics Inc., MaxBotix Inc., and Carlo Gavazzi Inc. are used by way of example.

Inductive proximity sensors detect the presence of conductive (i.e., metal) objects and have a sensing range that is dependent on the type of metal being detected. These sensors operate using a high-frequency magnetic field that is generated by a coil in an oscillation circuit. A conductive target that approaches the magnetic field has an induction or eddy current induced in it, creating an opposing magnetic field that effectively reduces the inductance of the inductive sensor.

Inductive proximity sensors operate using two methods. In the first operational method, as the target approaches the sensor, the induction current flow increases, which increases the load on the oscillation circuit causing its oscillation to be attenuated or stopped. The sensor detects this change in the oscillation status with an amplitude detecting circuit and outputs a detection signal.

The Texas Instruments LDC0851HDSGT is an example of a close-range inductive proximity switch sensor that uses the variation of frequency to detect the presence of a conductive object within its electromagnetic field (Figure 1).

The LDC0851 inductive proximity switch is ideal for contactless proximity detection applications such as presence detection, event counting, and simple pushbuttons where the sensing range is less than 10 millimeters (mm) (0.39 inches). The device changes its output state when a conductive object moves within close proximity of the sensing coil. The differential implementation (the use of a Sense and Reference coil to determine the relative inductance of the system) and hysteresis, are used to guarantee reliable switching that is immune to mechanical vibration, temperature variation, or humidity effects.

The LDC0851HDSGT’s inductive pickup coils are tuned with a single sensor capacitor, which sets the oscillation frequency in the range of 3 to 19 megahertz (MHz). The push-pull output is in the low state when the sense inductance is below the reference inductance and returns to the high state when the reverse is true.

Used to measure position and speed of moving metal components, magnetic proximity detectors may be active devices like a Hall effect sensor, or passive devices such as a variable reluctance (VR) sensor such as Red Lion Controls’ MP62TA00 threaded magnetic pickup (Figure 2, left). The VR proximity sensor measures changes in magnetic reluctance—which is analogous to electrical resistance in an electrical circuit—and consists of a permanent magnet, a pole-piece, and a sensing coil enclosed in a cylindrical case.

Figure 2: The VR magnetic pickup (left) is a passive sensor that senses the change in the magnetic field between the pole piece and the sensor housing (shown at right). (Image sources: Art Pini, with MP62TA00 image from Red Lion Controls)

A ferromagnetic object passing closely by the pole-piece causes a variation in the magnetic field. This variation in turn generates a signal voltage in the signal coil. The magnitude of the signal voltage depends on the size of the target object, its velocity, and the size of the gap between the pole-piece and the object. The target object must be in motion to be sensed by the VRS. The MP62TA00 threaded magnetic pickup is an epoxy encapsulated proximity VR sensor with an operating temperature range of -40 to +107°C. It is one inch (25.4 millimeters (mm)) long with a ¼ - 40 UNS threaded body.

VR sensors are passive devices, so they do not need a power source. As a result, they typically find application in measuring rotating machines. For example, VR pickups like the MP62TA00 are widely used to sense passing teeth on a ferrous gear, sprocket, or timing belt wheel. They can also be used to sense bolt heads, keyways, or other fast-moving metallic targets (Figure 3).

The 55100-3H-02-A from Littelfuse Inc. is a flange mounting Hall effect sensor that is available with a digital output or a programmable analog voltage output (Figure 4).

The 55100-3H-02-A measures 25.5 x 11 x 3 mm and is available with either a three-wire voltage output or a two-wire current output. Either version offers medium (130 Gauss), high (59 Gauss), or programmable sensitivity. The device has high sensitivity and has an activation range of 18 mm (0.709 inches) using a specified magnet. The pulldown output can sink up to 24 volts DC and 20 milliamps (mA).

This sensor can operate at switching rates up to 10 kilohertz (kHz) and can sense both dynamic and static magnetic fields. The ability to detect static magnetic fields is a major benefit of the Hall effect sensor as it can be used to sense a door being closed or an object in a fixed position.

Optical proximity sensors use light—infrared or visible—to sense objects. They have the advantage that a target need not be magnetic or metallic—it just has to obstruct or reflect light. Basically, optical sensors emit light and monitor for light reflected off the target object (Figure 5, left).

Figure 5: The optical proximity sensor locates the target object by emitting a beam of light and detecting the reflection off of the target. (Image source: Art Pini)

Its small size on-board mounting makes it ideal for applications such as aligning metalized mylar material in an automatic wrapping machine.

Greater sensing distance requirements such as detecting cars at a drive-in window can be handled using ultrasound-based proximity sensors. These sensors detect objects of any type at distances of up to several meters (m). The basis of the measurement is the time of flight of an ultrasonic pulse emitted from the sensor transmitter that is reflected off the target object and picked up by the sensor receiver (Figure 6).

Figure 6: Range finding using ultrasound measures the time from the transmitter ultrasonic burst (left) to the arrival time of the reflected pulse (right). This time is twice the time of flight of the initial burst from the sensor to the target object. (Image source: Art Pini)

The MB1634-000 from MatBotix Inc. is an ultrasonic proximity sensor with a measurement range of 5 m (16.4 feet). It requires a power source of from 2.5 to 5.5 volts. Operating at a frequency of 42 kHz, it outputs the range to the target as an analog voltage, pulse width, or a transistor-transistor logic (TTL) serial data stream. It features compensation for target size variation, operating voltage, and internal temperature (optional external temperature compensation), all in a package under one cubic inch—0.875 x 1.498 x 0.58 inches (22.23 x 38.05 x 14.73 mm) (Figure 7).

Figure 7: The MB1634-000 is an ultrasonic rangefinder assembly with transmit and receive transducers and a range of 5 m. (Image source: MaxBotix Inc.)

Capacitive proximity sensors can detect metallic and non-metallic targets in powder, granulate, liquid, and solid form. A good example is Carlo Gavazzi’s CD50CNF06NO (Figure 8). The devices are generally similar to inductive sensors except that the sense coils of the inductive sensor are replaced by a capacitive sense plate. They are most often used for sensing liquid levels in storage tanks.

Figure 8: In a generic capacitive proximity sensor (left), the capacitor sensing plate forms a capacitor with the external target object; the value of the capacitance determines the frequency of the oscillator. The CD50CNF06NO from Carlo Gavazzi (right) is a capacitive proximity sensor intended for monitoring liquid levels. (Image source: Art Pini)

The sense plate in the sensor forms a capacitor with the target object and the capacitance varies with the distance to the object. The sense-target capacitance determines the frequency of the oscillator, which is monitored in order to switch the output state whenever a threshold frequency is crossed.

The CD50CNF06N0 is intended for monitoring liquid levels. It is a three-wire sensor with an open collector NPN transistor configured in a normally open mode. It requires a power supply of 10 to 30 volts DC. It comes in a 50 x 30 x 7 mm (1.97 x 1.18 x 0.28 inch) package and has a sensing range of 6 mm (0.24 inches). In its normal level-sensing application, it is screwed or glued to the outside of a non-metallic tank.

Proximity sensors employ multiple technologies suiting various applications. Depending on the sensor type, they can detect both metallic and non-metallic targets with a sensing distance ranging from millimeters to five or more meters. They are compact enough to operate in tight spaces and many are capable of operation in harsh environments. This range of technologies provides the user with a variety of choices to satisfy myriad proximity detection requirements. 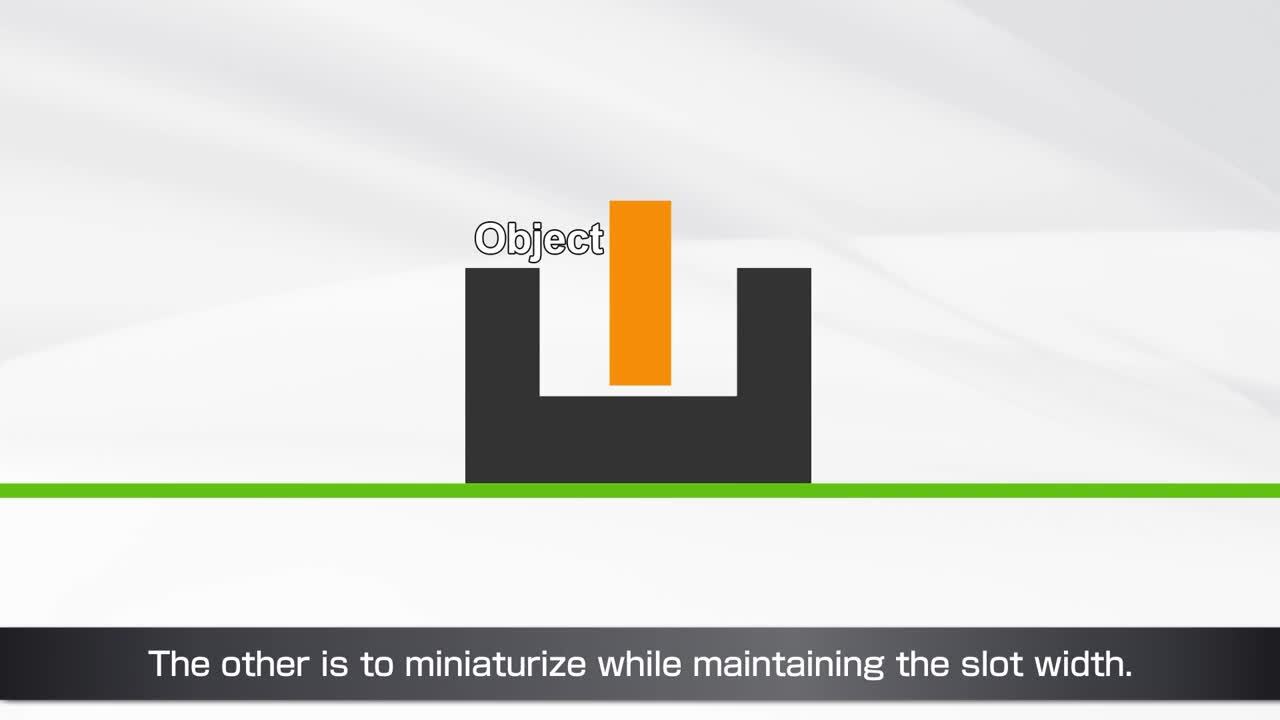 Photomicrosensors Omron’s transmissive, reflective, and actuator photomicrosensors along with tools and support are available at Digi-Key. Learn more and order today!
Sense - Magnetic & Temperature Sensors – Reed, NTC, RTD Littelfuse has a large portfolio of magnetic sensors and reed switches that are available in a variety of combinations to meet your design needs.
IoT Kit for Sensing and Protection Designs Littelfuse products are designed to meet users' IoT (Internet of Things) protection and sensing requirements.

Arthur (Art) Pini is a contributing author at Digi-Key Electronics. He has a Bachelor of Electrical Engineering degree from City College of New York and a Master of Electrical Engineering degree from the City University of New York. He has over 50 years experience in electronics and has worked in key engineering and marketing roles at Teledyne LeCroy, Summation, Wavetek, and Nicolet Scientific. He has interests in measurement technology and extensive experience with oscilloscopes, spectrum analyzers, arbitrary waveform generators, digitizers, and power meters.