Digital power conversion has greatly reduced design risks and increased flexibility for product designers. Figure 1 shows the basic functional blocks of a digital power converter, which allow key settings such as input or output voltage and current limit to be adjusted by editing parameters; thereby eliminating the analog demand to solder-in replacement components with revised values.

Figure 1: The parameters of digital power converters are determined by writing to registers.

As a means of interacting with the converter’s registers, the PMBus specification provides a convenient platform. PMBus itself has evolved from the popular System Management Bus (SMBus) specification, and hence relies on I2C bus physical connections that comprise control, data and clock signals. Naturally, PMBus features a number of enhancements compared to SMBus and I2C, such as timeout capability for extra robustness as well as error checking and fault handling to reduce noise sensitivity.

PMBus is a natural complement to the age of digital power, and is suitable for communicating with all types of digital converters including AC/DC front-end power supplies, isolated DC/DC regulators like Intermediate Bus Converters (IBC) and non-isolated point-of-load converters. Converters such as the Murata D1U54P-W-650-12-HBxC series AC/DC front end converters or CUI NDM2Z-25 Point-of-Load (POL) converter have an integrated PMBus port that allows the device to be connected directly to the bus in order to exchange information with a host controller. This may be an external system such as Automated Test Equipment (ATE) or PC-based software that provides a GUI for configuring and monitoring power components, or to an embedded controller capable of managing the power supply in real-time.

Alternatively, a number of PMBus-compliant Power-Management ICs (PMICs) are available, such as the Maxim MAX34451, which connect to the PMBus and are capable of monitoring multiple converters. The MAX34451, illustrated in Figure 2, can support 16 channels of voltage or current monitoring, 12 channels of sequencing and margining, and up to five temperature sensors. Current monitoring may be implemented using a device such as the Allegro Microsystems ACS723 isolated current-sense IC.

Figure 2: A PMBus-compatible PMIC can monitor and control an array of POL converters.

The PMBus specification has been designed to maximize flexibility for users. To this end, compliant devices must be able to start up independently without a PMBus controller and to load default settings automatically; devices may be configured once via the PMBus and then left to operate for the lifetime of the equipment, or managed by system software in real-time. Remote updates can also be applied in the field, if required, to help lower equipment ownership costs.

The specification defines a large set of commands to enable a host to interact with connected devices. However, the devices do not have to support all commands in order to be recognized as being PMBus compatible. When choosing a device, it is important to check the supported command set. On the other hand, the specification allows scope for manufacturers to create specific commands, for example to control unique or differentiating features of a given device. It is also worth noting that host notification, which allows connected devices to alert the controller to an issue that requires attention, is optional for PMBus devices, although a large number of devices support this functionality.

PMBus Commands for Configuration and Testing

Power supply design platforms such as Texas Instruments’ WEBENCH or Linear Technology LTpowerPlay™ give engineers a convenient means of interacting with a digital power supply during development or during production to perform setup and basic tests. Some of the most fundamental commands are for turning the device on and off, and to perform margin testing.

The margin testing commands, VOUT_MARGIN_HIGH and VOUT_MARGIN_LOW, provide a fast and easy way to verify that the system will operate reliably across the full range of manufacturing tolerances. The OPERATION command instructs the converter to start, stop, or change the output voltage to the requested margining voltage.

The ON_OFF_CONFIG command determines the conditions under which the converter will start or shut down. It may be configured to start up as soon as power is applied, or to wait for another signal. Similarly, the converter may be required to turn off instantly, or after a delay. Commands such as TON_DELAY and TON_RISE, as well as TOFF_DELAY and TOFF_FALL, give control over the length of time to respond to an enable/disable signal, and the rate at which the output rises or falls. This can be used to manage sequencing of converters in multi-rail systems. There are also a number of commands for changing and calibrating the output voltage, including VOUT_COMMAND, VOUT_TRIM, and VOUT_CAL_OFFSET.

Another important aspect of converter configuration is to determine the response in case a fault is detected. Depending on the type of system or application, or the voltage rail in question, the appropriate way to handle a fault such as over-current or under-voltage may be to wait for a period before shutting down, or to shut down and attempt to restart a finite number of times, or shut down immediately and take no further action. Commands such as IOUT_OC_FAULT_LIMIT, IOUT_OC_FAULT_RESPONSE, VIN_UV_FAULT_LIMIT, VIN_UV_FAULT_RESPONSE, OT_FAULT_LIMIT and OT_FAULT_RESPONSE, and others, give users a flexible selection of fault-management options. If the chosen configuration requires user interaction to restart the converter, the CLEAR_FAULTS command provides a means of resetting the fault-status register bits so that restarting can begin.

The combination of digital power and PMBus communication has simplified life for system designers and manufacturers, delivering advantages such as faster design cycles, easier execution of rigorous test routines, and flexible product management by allowing individual units to be customized on the production line for specific applications or markets.

PMBus also has much to offer as a means of helping to manage and maintain systems that are deployed in the field. The instructions provide scope to monitor the status of converters and to collect telemetry data that can be used for monitoring system health and supporting predictive maintenance.  Telemetry commands include READ_VIN, READ_VOUT, READ_IIN, READ_IOUT, READ_TEMPERATURE, READ_DUTY_CYCLE, READ_PIN, and READ_POUT.

As far as status reporting is concerned, the STATUS_BYTE command checks the status flags for the eight most critical power-converter faults. STATUS_WORD is a 16-bit word that contains not only the eight STATUS_BYTE flags but also an additional eight status flags including other faults or warnings and a power-good-negated flag. These two commands allow the system to check on converter status quickly and efficiently. STATUS_BYTE is particularly efficient, allowing important indicators to be checked even when a high quantity of other traffic is present on the bus. If one of the status flags is found to indicate a fault, the system can query the full contents of the associated register for further information. Figure 3 details the status byte and status word contents and their related registers.

Dynamic optimization for performance and efficiency

Arguably one of the most exciting opportunities for designers seeking to exploit digital power today is the potential to use PMBus communication to enhance system performance and efficiency. The flexibility afforded by digital control, combined with the additional power of manufacturer-specific PMBus commands, now allows optimized feedback loop parameters to be applied on the fly or even calculated in the system after the load capacitance is known. This contrasts with conventional power modules with fixed parameters, which can only work optimally for a relatively small range of load capacitance. Loadings outside this window can cause performance to be degraded or the converter feedback loop to become unstable.

Moreover, voltage scaling for optimum energy efficiency can be addressed effectively using PMBus commands. The latest PMBus version 1.3 specification introduces a significant extension to the support for voltage scaling. In a situation where a point-of-load converter is powering a microprocessor or FPGA, Dynamic Voltage Scaling (DVS) is an established technique that allows the load device to command a lower supply voltage for core logic in order to save power at times of reduced demand. DVS is an open-loop technique whereby the processor changes operating frequency in accordance with demand and requests a suitable supply voltage from the converter by referring to a lookup table.

The latest PMBus specification allows designers to take advantage of Adaptive Voltage Scaling (AVS) for even more precise optimization of the operating voltage. Because AVS uses real-time feedback to update the requested voltage continuously, any underlying process-related factors and temperature-dependent variations are also taken into account. This helps further reduce the operating-voltage margin and overall energy consumed. Compared to a fixed-voltage scheme, AVS can reduce energy consumption by as much as 40%.

Support for AVSBus, as introduced in PMBus version 1.3, specifies a three-wire point-to-point connection between the converter and the load consisting of AVS_Clock, AVS_MData and AVS_SData signals. This is an additional link, separate from the PMBus, which operates at a significantly higher frequency of 50 MHz (PMBus version 1.2 onwards operates at 1 MHz) thereby allowing voltages to be updated within 640 ns in response to changing load demands.

PMBus is becoming widely used to aid design and production, and the specification continues to evolve to incorporate improvements and additional features. A number of PC-based design and configuration tools are available, which facilitate interaction with digital power converters using PMBus commands. The wide variety of commands available presents opportunities for application software to interact extensively with power modules, to monitor and adjust power delivery in real-time and so optimize system energy efficiency and reliability. New features entering the PMBus specification, such as AVSBus that allows support for adaptive voltage scaling, enable PMBus to take an increasingly prominent role in helping to optimize and maintain equipment throughout its operating lifetime. 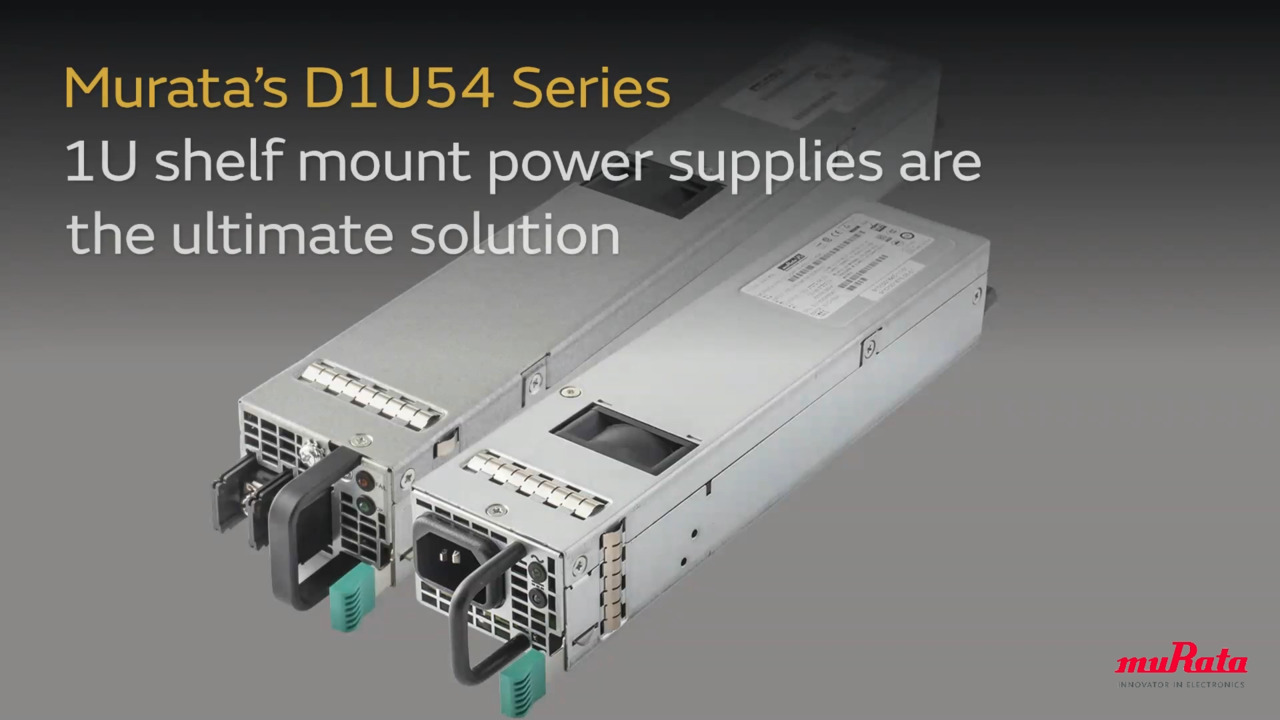 Hall Effect Current Sensor Allegro's families of Hall-effect sensors provide efficient, low-power current sensing solutions in systems where energy efficiency is required.
Alternatives to Shunts for Current Sensing Comparison between shunt current measurement and magnetic current measurement. What are the advantages and disadvantages of both technologies and where to use which technique.
Magnetic High-Current Sensors This presentation will provide an introduction to the different Hall-based high-current sensor IC solutions from Allegro Microsystems.